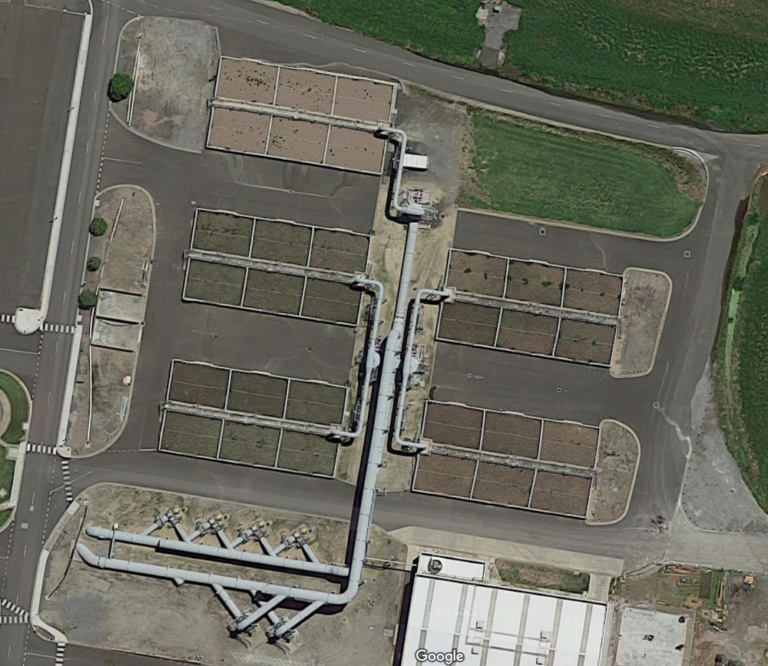 The performance standards for the biofilter beds at Melbourne Water Eastern Treatment Plant’s (ETP) were not being met due to the organic media becoming severely degraded to the point that it was impeding flow. A drop in foul air extraction and an increase in asset deterioration resulted from this degradation. The biofilter consists of five separate “Blocks” that each contain six “Cells” to treat a combined flow of 195,200 m³/hr (54,222 L/s) of air.

Bioaction was contracted to refurbish the biofilter at the ETP site and recommended the beds be refurbished with Hanit Raised Aeration Flooring and FiltaMin media. Due to its superior air flow design and corrosion resistance, Melbourne Water chose to replace the flooring of each cell with the Hanit Flooring system and fill four blocks with like for like organic media (wood chip) while one block was filled instead with FiltaMin media.

The scope of works for the project included:

Decommissioning revealed a number of damages to the HDPE lining, access doorways and precast concrete walls that Bioaction’s installation team swiftly rectified to minimise the impact on the installation timeline.

Melbourne Water has offered good positive feedback and is interested in using FiltaMin to replace the organic media in the remaining four blocks. This will lessen corrosion in the treatment plant, cut down on refurbishment cycles, and lower H2S gas emissions in order to comply with regulatory requirements.